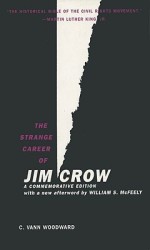 Since writing my last post about post-election racism on Twitter made me want to delve even further into this subject of race in Deep Southern politics, another noteworthy development within that same subject occurred just this week when South Carolina governor Nikki Haley appointed Rep. Tim Scott to fill the US Senate seat being vacated by Sen. Jim DeMint, making Scott the first African-American senator from the South since Reconstruction. (Interestingly, you can read this Slate blog about how Gov. Haley was already downplaying Scott’s race on the day he was appointed.) I just have to make one remark on this situation before moving on: a Deep Southern state has now provided the US Senate with its lone black member.