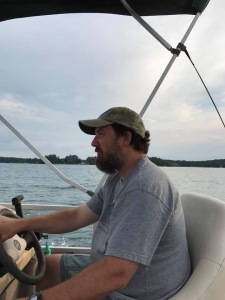 I will run as a moderately liberal conservative who is a strong supporter of the First Amendment and a representative for the best values of the South: individual rights tempered by a love of God and family. My campaign theme song will be Merle Haggard’s “Rainbow Stew.”

My administration will be both pro-choice and pro-life, because the choices that we make in life affect other people’s ability to have lives and choices.

The first thing I will do is: assemble a Cabinet and staff made up entirely of Waffle House waitresses. They get things done fast, and they get them done right. They don’t give special treatment. They don’t care who or what you are. They don’t put up with any shit, but they always call you “sweetie” or “sugar.”

The White House press briefing room will have a house band. I’d like it if it were Galactic, but I understand that leaving New Orleans could be hard for them. If not Galactic, then Crazy Horse.

Alabama, Counterculture, Generation X, Random, The Deep South Alabama, crossover voting, Generation X, no one would vote for me, politics, When I become president, White House