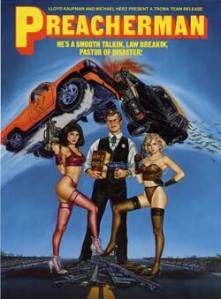 In case you can’t already tell from reading other posts in this blog, I’m marginally fascinated by depictions and conceptions of the region where I live. I say marginally because I’m not obsessed by it, but I am more than a little bit interested. And since films are the major mass media of the 20th century, meaning that many of these depictions occurred on the silver screen, movies form the conceptions that lots of people hold. If you can’t tell what I mean by that, I’ll ask this: how many people outside the South take their ideas about the South from Gone with the Wind or Forrest Gump and how many take their ideas from actual historical or journalistic research?

Of course, these depictions produce, in part, the stereotypes that we’re known for . . . Birth of a Nation was the first ever blockbuster movie hit, in 1918, and that film created a lot of people’s conceptions of what the South was— and is. I took the time a few years ago to watch this movie, and I found it absurd, looking at it nearly a hundred years later. To think that so many people actually bought into the holistic idea that was presented there!

So here are some of my commentaries on ten films that feature the Deep South in their plot lines. I’ve already spent a previous post writing about Smokey and the Bandit so I won’t include that one in this list . . . but that doesn’t mean I’m not thinking about it.