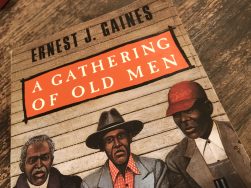 Although many people are familiar with the classics of Southern literature – To Kill A Mockingbird, Beloved, or As I Lay Dying – this sub-genre has a lot more to offer than the often-used texts that grace the syllabi of well-intentioned high school English teachers. Whether they describe pre-Civil Rights black culture or some nuanced portion of Southern history or the salacious exploits of two lazy drunks, these lesser-known works of Southern literature offer a whole range of unique and wondrous perspectives on the South that many readers never experience. Just click on the red title to read the post:

The Moviegoer by Walker Percy  •  The Dog Star by Donald Windham