The Allman Brothers at Atlanta Pop, 1970

Posted on July 5, 2016 by Foster Dickson Leave a comment

It was forty-six years ago today that the Allman Brothers Band played the second of two live sets at the 1970 Atlanta Pop Festival— they opened the festival on July 3 and closed it on July 5. Though the recording wasn’t released until 2003, the shows at Atlanta Pop predate the Fillmore East live show and gives us another example of the band at its peak, before the deaths of Duane Allman in October 1971 and Berry Oakley in November 1972. (The Fillmore East concert was about three months after Atlanta Pop, on September 23, 1970.)

The Atlanta Pop Festival was put on by famed Southern promoter Alex Cooley and was meant to be a Southern version of Woodstock. One 1995 looking-back article from Atlanta’s Journal-Constitution explains how it worked out even better than Cooley thought it would:

“We were expecting maybe 100,000 people,” says Atlanta promoter Alex Cooley, 56, who organized the festival and the first one at Atlanta International Raceway in 1969. “I remember going up in a helicopter on Friday afternoon before the first act went on. Traffic was backed up 90 miles to Atlanta. I was scared to death.”

The webpage for the Georgia historical marker that commemorates the Second Atlanta International Pop Festival says that the festival “remains one of the largest public gatherings in state history.”

For the band’s first set on July 3, the opening numbers, “Statesboro Blues” and “Trouble No More,” are as solid as any. Later in the set, the version of “Whipping Post” on this one is shorter, coming in just under fifteen minutes, but contains a great little guitar sequence at about minute ten. My personal favorite Allman Brothers song, “Mountain Jam,” which is also a little shorter here, starts out in a brief staccato-march, rather than with its customary lazy beauty, and is bisected after about ten-and-a-half minutes by a rain delay; the song comes on the recording as a longer “Pt. 1” followed by a six-minute “Pt. 2”

For the July 5 set, the band started out with a slower, swaggering version of “Don’t Keep Me Wonderin’,” then proceeded into “Statesboro Blues.” They slowed it down a little in the middle of the set, with “Elizabeth Reed” and a cover of “Stormy Monday,” then ended with “Whipping Post” and a “Mountain Jam” that begins a little bit ragged but lasts over twenty-eight minutes.

After listening to the Fillmore live album more times than I can count, I was glad to have the two-disc Atlanta Pop album. Overall, the set list is pretty similar to Fillmore, though the two discs of Atlanta Pop have some duplicate songs, where Fillmore doesn’t. I’ve seen the Allman Brothers live three times now, and hearing different versions of these songs never gets old. (The best song I’ve ever heard them do was an extremely long version of “Blue Sky” at Oak Mountain Amphitheater in 1999, with Dickie Betts and Derek Trucks on guitars.)

If you’re interested in the 1970 Atlanta Pop Festival beyond just the Allman Brothers’ sets, here’s a Flickr slideshow of images from the festival: 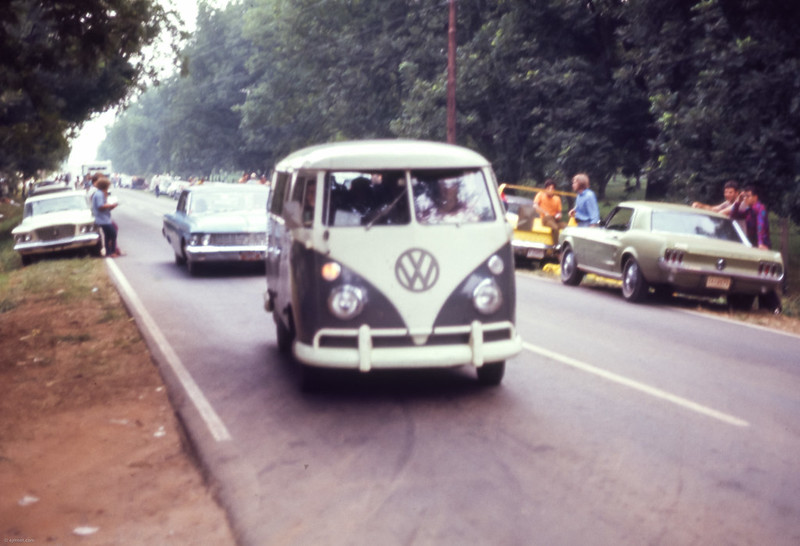