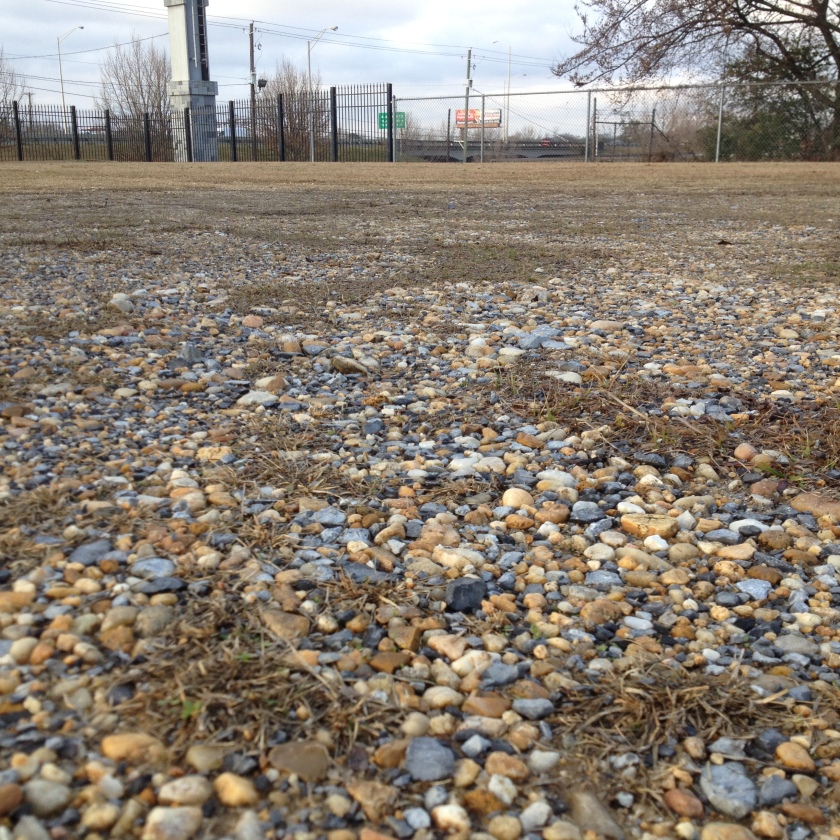 Back during this rainy winter, I started talk of what it would take to have a school garden where I teach.  For some time, I had had my eye on a plot of sunny ground near the back of an unused grassy lot; over the years, I had been keeping my eye on how the eastern sun from the morning rose over the campus, keeping this parcel bright all day, unimpeded by the nearby leland cypress to the south of the lot, only winnowing into shade late in the day when the scrub brush on the western fence stopped it. This little plot, which measure about 80′ x 80′ gets well over eight hours of sun a day, even in the winter. This was the spot. 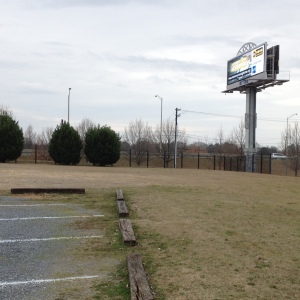 So I pitched the idea to our new assistant principal, who was a science teacher, and he told me that our Environmental Science teacher had already been thinking about it— so go talk to her, partner up, and see what can happen. Turns out that a pair of students, two seniors who have been volunteering at Montgomery’s EAT South Downtown Farm, had also been talking to the local Rotary Club who were enthusiastic about helping, too. We all talked and agreed on a course of action: I would oversee establishment, construction, and maintenance; the two boys and some other student volunteers would form an extracurricular to help out; and the Environmental Science teacher could use it at will. Pretty good deal, since I don’t really want to write school-garden lesson plans, and she doesn’t really want to pull weeds.

The two seniors were most interested in the possibilities of reforming the campus along models of sustainability. Wanting to use what they had learned at EAT South, they originally wanted to figure out how the lunchroom waste could become compost. Having composted for years, I advised them to price-compare biodegradable trays that could replace the current styrofoam ones, and ask the lunchroom to switch. They were thinking about composting the waste every day, but I reminded them: if the lunchroom were to use our trays 1-3 days a month, just for lunch, our worms and roly-polies would have over 1000 trays a month to munch on! Unfortunately, the cost of the biodegradable trays was over three times the cost of styrofoam, so we were back to the drawing board. What if we offered to buy them, I asked the boys. Would she use the biodegradable trays if we provided them at no cost to the lunchroom? Keeping it positive, I told them: In the meantime, let’s just build our compost bins, take it one step at a time, and figure it out . . .

Next step: raising money. I worked with our school’s booster organization to procure construction funds for wood, soil and other necessaries, and our Environmental Science teacher applied for a local social-action grant program to get enough supplies and tools for her classes, as well as seeds and sprouts. We were in business! In our respective grant proposals, we both promised to use local suppliers for our purchases, so I worked with Bear Lumber for the wood and hardware, Harwell’s Green Thumb Nursery for supplies and tools, and Froggy Bottom Materials for soil and pea gravel. And through the generosity of our local Rotary Club, we would have a hand with ongoing needs like seeds and fertilizer. 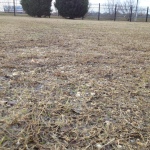 Before we did anything in that plot, the soil needed testing. Our campus sits right next to the interstate, which was built in the early 1960s, and I’m convinced that the soil is soaked in lead from decades of leaded-gas fumes settling on that ground. On a cold February morning, we got out there before school and dug up our numerous little bits to mix together and send to Auburn University’s soil lab. We got a good report a few days later; it mainly told us about our mineral levels, along with fertilizer recommendations, but not contaminants. Better safe than sorry, I still insisted on raised beds, separating from that soil from our bed with weed barrier. We’d just have to engineer the beds for good drainage so we didn’t have dirt soup after the first good rain.

The students and I tossed around a few names – some traditional like “Garden Club” and others not-so-much like “The Phytomaniacs” – but one student’s idea took root: OPPA, which stands for Organizing, Producing, Providing, Agriculture.

Finally, after about two months of talking and planning, we started building on a rare sunny morning in mid-March. It has been a little frustrating having to wait and wait on the rain to pass, but the enthusiasm for getting started just grew each week. When the time came, students measured out and edged our beds, laid the weed barrier and staked it all down. We also had time to throw out hay in the spaces between the beds. 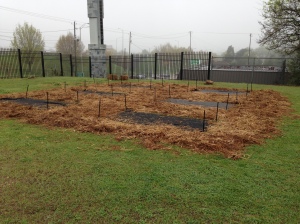 Because we couldn’t seem to get two consecutive days of dry weather, we still have to paint boiled linseed oil onto our untreated 2x12s, then bolt together the frames for our six 8′ x 4′ beds. We also still have to build our compost bin from old pallets, a trick I learned from the Growing a Greener World TV show. One of our teachers donated a rain barrel and bamboo for bean poles, too. With everything measured and prepped, and wheat straw down in our six-foot-wide walkways, all we need to do now is build the frames and shovel 200 cubic feet of topsoil into them!

OPPA’s new school garden is nearly up and running. I’d like to think that we’ll be ready to plant something before the end of the school year. Our seniors deserve to see little green sprouts in that dirt before they graduate. As for the lunchroom/composting project, that’s a long-term goal, and we’ll figure it out, too.