Police Shootings: History, Truth, and Lessons to be Learned 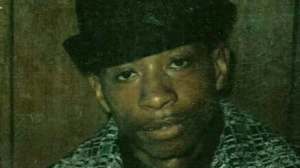 In December 1975, Bernard Whitehurst, Jr. was running from police officers in Montgomery, Alabama when he was shot by one of them as he attempted to climb a fence. Whitehurst had been mistaken for a suspect who had robbed a small grocery store of less than $50. The thirty-three-year-old married father of four died, from two gunshot wounds, lying among the weeds and trash in the backyard of an abandoned house. Although the officer who shot him reported that Whitehurst shot first, investigations that followed showed that he was actually unarmed. My new book, Closed Ranks: The Whitehurst Case in Post-Civil Rights Montgomery, which tells the story of the shooting, its aftermath, and its long-term effects on both his family and Alabama’s capitol city, will be released in September.

The Whitehurst Case, as it came to be called, has meant that Bernard Whitehurst, Jr.’s name has become synonymous with this controversy. However, seeing his face might help people to realize that we can’t simply regard the Whitehurst Case as history. Telling his story is about more than sharing a set of facts from Montgomery’s past, because Bernard Whitehurst, Jr. is more than just a name that appears in old news articles. He was a man, a son, a brother, a cousin, a friend, a husband, and a father, and despite any flaws he may have had, there are people who love him and who have missed him for more than forty years due to circumstances that have been called “unnecessary.”

Unfortunately, the death of Bernard Whitehurst, Jr. was part of a trend that has continued into the twenty-first century, most recently with the case of Stephon Clark in Sacramento last March, and the cases of Antwon Rose in Pittsburgh and of Thurman Blevins in Minneapolis, both in June. One Minnesota Public Radio news story about the Blevins shooting made this statement, which sounds almost exactly like the Whitehurst Case:

Authorities said the man was armed. Some at the scene disputed that. And once again, the city was left searching for answers in the wake of a shooting involving police.

Last May, NBC News reported “Police killings hit people of color hardest, study finds.” In the study, researchers found that “African-Americans died at the hands of police at a rate of 7.2 per million, while whites are killed at a rate of 2.9 per million.” Looking at the long-range implications of the Whitehurst Case can teach important lessons about justice: it has been more than forty years since Whitehurst’s death, and the main questions of the Whitehurst Case remain unanswered, which has left his family without closure or a sense that justice was done.

Closed Ranks offers a look into what happens when the facts are not established and answers not offered at the time of the incident. To go further into the Whitehurst Case than simply reading the book, you can arrange for a book talk or other event by using the contact form on the About page of this website.