This picture was taken in 2009, during a brief period when new owners tried to reopen Five Points South Hall Music Hall in Birmingham. The original venue closed in 2003, but somebody tried again in 2009 and 2010. My most memorable experience there was in 1997, going to see Son Volt in support of the Straightaways album, with Alvin Youngblood Hart opening up. I got off work that afternoon and raced up to Birmingham from Montgomery, since the ticket said 7:00 PM. Hart took the stage about 10:30, Son Volt at midnight. 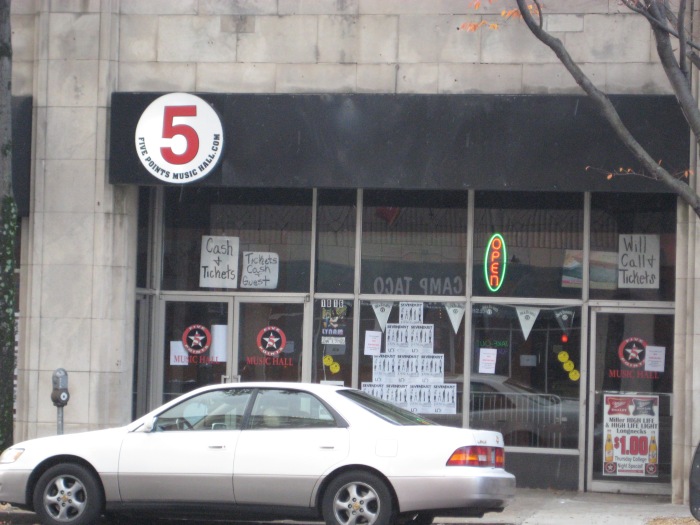