Writer and activist Clement Wood was born in Tuscaloosa, Alabama in 1888. After graduating from the University of Alabama in 1909, and from Yale’s law school in 1911, he moved to Birmingham where he became active in politics. However, Wood was not a conventional Southern lawyer-politician of the early twentieth century. After working in city government in 1912 and 1913, he ran for mayor as a Socialist, but Wood was generally not a good fit for Birmingham. As one source put it, he was “removed for ‘lack of judicial temperament’ after he fell afoul of the local political establishment [and] moved to New York City.”

Clement Wood’s unorthodox writing career was rooted in his connections to the Socialist Party and to the Halderman-Julius publishing company, which produced the Little Blue Book series. Wood’s prolific and diverse output included salacious novels, works of literary criticism, writing instruction books, and edited anthologies, as well as a rhyming dictionary and a slang dictionary. About Wood, the This Goodly Land website explains:

He taught correspondence courses, sang spirituals in concerts and on the radio, and wrote approximately seventy Little Blue Book pamphlets, a series aimed at the American working class. Wood was a Socialist and lectured for the Ingersoll Forum of the American Society for the Advancement of Atheism. He was highly opinionated and seemed to seek out controversy. 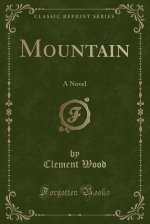 Among his early works were Negro Songs: An Anthology and Poetry of the Southern States, both published in 1924, and Sexual Relations in Southern States, published in 1929. Among his more interesting titles were Clement Wood and his loves: how a good boy of methodism turned pagan and A Short History of the Jews. Though his most widely circulated work may be his rhyming dictionary, Wood’s greatest literary accomplishments were his 1917 poetry collection Glad of Earth and his 1920 novel Mountain, based on the “iron city” of Birmingham.

Wood died from a stroke in 1950 at his home in upstate New York. Though his eclectic works can easily be found online, Wood is less well-known today, through he was definitely representative a radical tradition that thrived in the early twentieth century.

The Disrupters & Interlopers series highlights lesser-known individuals from Southern history whose actions, though unpopular or difficult, contributed to changing the old status quo. To read previous posts, click any of the links below: