Before Montgomery’s twenty-first century revitalization had hit its stride, quite a few of the storefronts on Dexter Avenue, downtown’s main thoroughfare, were covered in paintings by a local artist who, I assume, was given the freedom to use the mostly boarded-up sites as his canvasses. Some of the paintings depicted Biblical scenes, while others were brighter and more lively images of local figures. The pictures were taken ten years ago, in the summer of 2009. 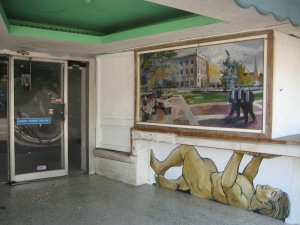 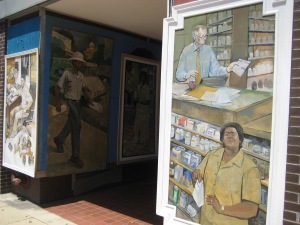 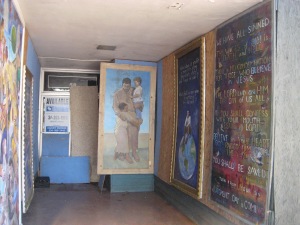 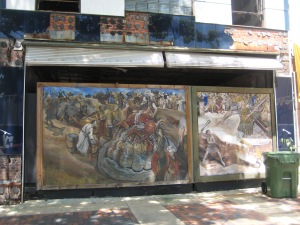