Six months since the inception of this new project level:deepsouth— for Generation X, stories from our generation have been steadily rolling in. After the call for submissions began in late spring, the first inclusions to the anthology were published in July. The earliest submissions came from Kentucky and Alabama, then others came from Florida, Georgia, and North Carolina. One book review has been added, and another is on the way in a few days. To read what’s already there, visit the long form, golden days, and reviews pages. 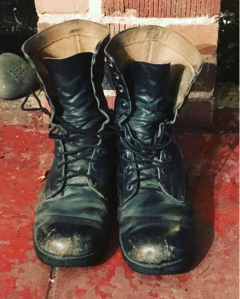 And the call for submissions goes on, and there’s not just one way to contribute to the project. In addition to publishing essays and memoirs about firsthand experiences, level:deepsouth is also open to works about favorite books, bookstores, and libraries for the in print section; and about favorite songs, records, tapes, CDs, record stores, TV shows, movies, or movie theaters for the watch & listen section.

I understand that some people, now between the ages of 40 and 55, may not want to write about personal stories from their lives in the 1970s, ’80s, and ’90s, but that shouldn’t prohibit them from making a contribution. First, everyone should remember that not all of the stories are seedy or shameful or hurtful— some good things happened, too. I’d love to receive those works. Or Gen-Xers who grew up in the Deep South can contribute digitized photos to the images section or add a link to an article, video, or website to the lists.

Finally, to those people who have stories to tell but are thinking, “I’m not a writer,” I say you should type it up and send it. I can’t make any promises that it’ll get published, but I am an editor, and if there’s something worthwhile there, we’ll figure that out it, wash off the muck, and make it presentable.

The story of Generation X in the Deep South is rich, complex, and largely untold. What I’ve learned from doing oral histories and some public history is: if you don’t tell your story, someone else will. As a Gen-Xer from Alabama, I see our generation portrayed through The Breakfast Club and Say Anything and  “Smells Like Teen Spirit” and footage from Lollapalooza, but there’s a whole range of Southern experiences that are left out of that understanding. Right now, we can tell the stories that share our truths, and later, when the academics and historians finally come around, these narratives can be the primary sources that explain who we really were. Even though focus was put on New York, Los Angeles, and Seattle in the 1980s and ’90s, the South brought out acts like The Black Crowes, Arrested Development, Drive-by Truckers, and Lil Wayne. But during this time, there was no significant mainstream film or TV portrayal of the lives we were living down here. (The biggest mainstream movies about the South in the 1980s and 1990s were about our parents’ and grandparents’ generations: Steel Magnolias, Fried Green Tomatoes, Driving Miss Daisy, Forrest Gump, and a passel about the Civil Rights era. Films about Generation X in the South were more niche: Crossroads, School Daze, and Sling Blade.)

I came up with the idea for level:deepsouth years ago, but I knew that it was time for it when I realized that the youngest Gen-Xers were turning 40 this year. (You may have seen Macauley Culkin’s tweet the other when he hit the big 4-0.) In my work as a writer and teacher, I’ve interviewed quite a few older people who tried to answer my questions but could only say, “That was a long time ago, I don’t really remember.” The way I see it, we should collect the stories and get our truths down while our minds are still relatively sharp. We don’t want to leave our generation’s cultural heritage to some wistful, twenty-something Ph.D. student who is trying to interview us when we’re 70 to 85. Imagine explaining the 1980s in the 2050s to somebody born in the 2020s.

With that said, I’d be glad to continue receiving submissions from folks who were born between 1965 and 1980 and grew up in the Deep South. Some of us have spent our whole lives in these southern states, while others may have lived here for a short time. This project is for both groups, as long as the work that is submitted discusses that portion of a young life lived down here. What I’m saying is: check out the website, read the guidelines, write your story, and send it in.