I had big plans for 2020. Plans for my school garden, plans for my students, plans for new projects of my own. But COVID-19 had other plans. After going to the Camp McDowell Farm School last November then the Alabama Sustainable Agriculture Network’s Food & Farm Forum last December, I was ready to use that new knowledge to improve the school garden. After receiving another education grant from the Alabama Bicentennial Commission, I was ready to continue with my students in Newtown. After deciding to get off my keister and finally develop the Southern Generation-X project I had thought about for a long time, I was ready to get started. Then a couple-zillion microbes came along and changed everything. But COVID didn’t stop the work entirely – except in the school garden, which did have to stop – though the ideas had to undergo some amendments. Below is a selection of posts from the blog that tell a reasonably solid version of this year’s story. Click on any of the red links to read further.

Recycling, Money, Sustainability, and Me (February)

Congratulations to the Winners of “Love + Marriage” (March)

A Look Back at “Patchwork: A Chronicle of Alabama in the New South” (April)

Literary Arts Fellowship from the Alabama State Council on the Arts! (June)

The Education of a Personage: The Fitzgerald Museum Literary Contest (August)

Let’s learn the lesson and move on. (December)

Let the Dead Bury their Dead by Randall Kenan (April)

How to Write a Sentence by Stanley Fish (April)

Whose Votes Count? by Abigail Thernstrom (May)

The Death of Innocents by Sister Helen Prejean (May)

A Love Letter to the Earth by Thich Nhat Hanh (May)

and published in “Groundwork,” the editor’s blog for Nobody’s Home : 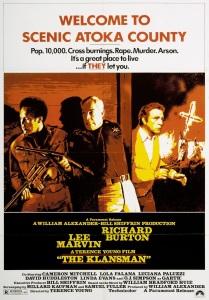